This quote from Bruce Lipton and Steve Bhaerman’s book, Spontaneous Evolution, is a great way to introduce the theme for this story about how to see beyond the veil of illusion of what the world presents as its reality. “Quantum physicists tell us that our observations change reality…Hopefully, that will enable us to awaken our collective consciousness and change our collective reality, as well.”

Since we are literally pre-programmed with the paradigms that last a lifetime by the time we are six years old, lifting this veil of illusion of what we believe is the world’s reality, will most likely be the hardest thing you ever will do. But you simply must do it if you wish to realize that there really is something better than what you see here amongst the humanity of planet earth.

First, for a look at just how hard-wired these worldly paradigms are in our brains, we again turn to Lipton and Bhaerman for insight. They refer to brainwave studies done on children using an electroencephlogram (EEG), “The predominant delta and theta {brain waves} activity expressed by children younger than six signifies that their brains are operating at levels below consciousness. Delta and theta brain frequencies define a brain state known as a hypnogogic trance — the same neural state that hypnotherapists use to download new behaviors into the subconscious minds of their clients. In other words, the first six year’s of a child’s life are spent in a hypnotic trance! A child’s perceptions of the world are directly downloaded into the subconscious during this time, without discrimination and without filters of the analytical self-conscious mind, which doesn’t fully exist. Consequently, our fundamental perceptions about life and our role in it are learned without our having the capacity to choose or reject those beliefs. We are simply programmed.”

According to this research, by the time we are six years old, the world has already programmed each of us on how to think, what to believe, and how to act — without our even being able to accept or reject the data that is being fed to our young, willing mind! No wonder it is so hard for literally any human being to go beyond their now ingrained-in-their-brain paradigms, and to even question if there is something better than what the physical world has to offer.

Fortunately many of us, as we become adults, somehow manage to gather enough information that makes us question things, and begin to search for that something better. Doing so is the very beginning of drawing aside the veil the world pulls over our eyes and mind to keep us from seeing something other than lack, attack, judgment, and decay. This search for something better is the first sparkling of light and your steps toward enlightenment.

Enlightenment. Now there’s a scary word for some people, especially the world’s programmers (parents, teachers, governments, friends)who still stand behind the veil of ignorance believing that there is nothing beyond it. But in your search for something better — your enlightenment — you come across such things like Heisenberg’s Theory of Uncertainty from the world of quantum physics, which states that the existence of matter is, itself, an uncertainty. Quantum mechanics states that matter (the physical world you see and believe is real, and all that seems to be) is just a part of, and controlled by an invisible universal matrix of energy forces that make up the “field”, the energy field that comprises All-That-Is.

When astounding information like this enters your brain, it is then that you finally see a rip in that worldly veil, and finally start to come out of that program of information that you were force-fed the first six years of your life.

There is a key factor when this happens. You must not confuse your new spiritual enlightenment with religion. Religion is man’s worldly dogma of an original enlightened message of love, corrupted to control the masses. True spiritual enlightenment is all about freeing your mind and spirit to embrace universal truths of love and oneness. Once the veil of the world, so long pulled over your eyes and mind, is finally drawn aside, the Light comes pouring in. Where light is, darkness cannot exist!

“The latest evidence of the dying of organized religion issues from a large survey released in 2014 by the Pew Research Center. Among the findings of their Religious Landscape Study was this information, as reported by Michael Lipka:

“Religious ‘nones’ — a shorthand we use to refer to people who self-identify as atheists or agnostics, as well as those who say their religion is ‘nothing in particular’ — now make up roughly 23% of the U.S. adult population. This is a stark increase from 2007, the last time a similar Pew Research study was conducted, when 16% of Americans were ‘nones.’ (During this same time period, Christians have fallen from 78% to 71%.)”

If this rate of “conversion” to religious nonehood should continue, with a one-percent annual increase, then over half of the US population will be religiously unaffiliated in less than thirty years — and the proportion of Christians will likewise fall below 50%. In all likelihood, however, the rate of change to non-religiosity is likely to accelerate, because the bulk of current churchgoers is aging out of circulation while younger “Millennials” are staying away from church in droves. Thirty-five percent of those born from 1981 to 1996 identify themselves as “nones,” and earlier polls have indicated that around 70% of Millennials identify themselves as SBNR.”

So if you consider yourself Spiritual But Not Religious (SBNR), than it is rather obvious that you are in a quickly expanding segment of the world’s population. And if you really are on a search for that “something better than this”, then stride forward boldly on your search, because the answer — the light, your enlightenment — is there! There is a brave new world of enlightening podcasts, books, workshops, and a huge array of enlightening avenues to help you find what you are looking for.

It is time to shed that youthful hypnotic state of implanted beliefs that you carried forth with you into your adulthood. But it doesn’t have to be permanent.

As Jed McKenna states in his book, Spiritual Enlightenment: The Damnedest Thing, “The truth is that enlightenment is neither remote nor unattainable. It is closer than your skin and more immediate than your next breath. If we wonder why so few seem able to find that which can never be lost, we might recall the child who was looking in the light for a coin he dropped in the dark because ‘the light is better over here’ “. 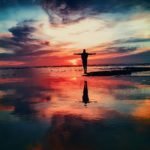